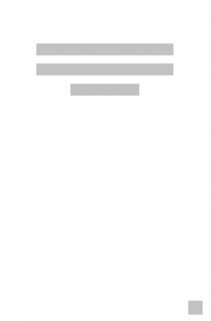 Once upon a time, there were national varieties of capitalism. There were a German (or Rhineland) model, a Gallic model, a Scandinavian model, a British model, etc.., as well as, outside Europe, a Japanese model or a Korean model. Some of these models were more distant from the US model of a modern market economy and some were closer, but each was specific. As recently as a quarter of a century ago, the common belief in academic as well as business and policy communities was that these idiosyncrasies were here to stay.

This belief was based on the view that Transatlantic differences were primarily rooted in dissimilarities in the functioning of capital markets, as regards, for example, corporate ownership and governance structures ; financing patterns ; the regulatory framework ; and relationships between states and markets. Goods markets and labour markets were part of the picture, but less essential. This is why the emphasis was put on alternative models or varieties of capitalism. In the view of this school of thought, complementarity between key features of those patterns, as well as between them and social ones made the model self-reinforcing and led to the belief that it would survive the transformations of the world economy.

This was a wrong hypothesis. Over the last 25 years a major change has taken place in Europe as a consequence of globalisation and European integration. The latter has proceeded through (i) the extension of EU-wide economic legislation within the framework of the Single Market, (ii) the delegation of some major policy functions such as competition policy and monetary policy to EU institutions, and (iii) softer forms of intra-EU convergence through harmonisation and peer pressure in fields such as privatisation and fiscal policy. References to a French or a German model of capitalism nowadays are generally made in a normative way, to blame procrastination or rearguard manoeuvres in coping with change.

However, significant differences remain in the social models. In spite of rhetoric references to the “European social model” - and of an obvious distance between Europe and the US -, several varieties of it continue to coexist within the EU. Furthermore, not much convergence can be observed between, say, the costly but efficient social institutions of the Nordic countries and the much less developed welfare state of the UK.

This persistence is sometimes taken as a basis to claim that the varieties of capitalism have survived the transformations induced by globalisation - that only the focus of differentiation has changed. In fact, authors starting from very different conceptual backgrounds such as Bruno Amable (2003), Peter Hall and David Soskice (2001), or Raghuram Rajan and Luigi Zingales (2003), seem to converge to consider that national varieties of capitalism still exist. Hence, a first, methodological issue : Can different forms of capitalism of the kind we have outlined remain in an area of globalisation ? Can these differences be rooted in capital markets institutions ? Can, alternatively, the persistence of specific ‘social models’ form the basis of lasting differentiation ? Is there a role for the broader macroeconomic policy framework ?

The second issue we intend to investigate is an empirical as well as a political one : Assuming national models fade away, is European integration leading to the emergence of a genuinely European type of market economy or to convergence on the US model ? Over the last quarter of a century, US economic policy has experienced significant changes in both the micro and the macro fields, as a consequence of the deregulation of the 1980s, the emergence of the ‘new economy’, the gyrations of fiscal policy in the 1990s and the early 2000s and the emergence of a new monetary policy philosophy under the chairmanship of Alan Greenspan. The question is whether this double move is leading towards convergence or renewed divergence of the EU and US. From a distant point of view, there is obviously convergence since both sides of the Atlantic are now characterised by limited government intervention in the markets and (at least in theory) prudent macroeconomic management. But this is a rather superficial characterisation. The real question is whether the two sides are converging towards the same model of market economy, where the differences that remain are rooted and whether they can be expected to recede.

The paper is organised as follows : section 2 surveys the literature on alternative models of market economies ; section 3 reviews what the transformations of France and Germany over the last two decades imply for this analysis ; section 4 discusses the way European integration transformed microeconomic institutions and policies in the EU ; section 5 deals with macroeconomic policy ; section 6 addresses the social dimension ; section 7 concludes.